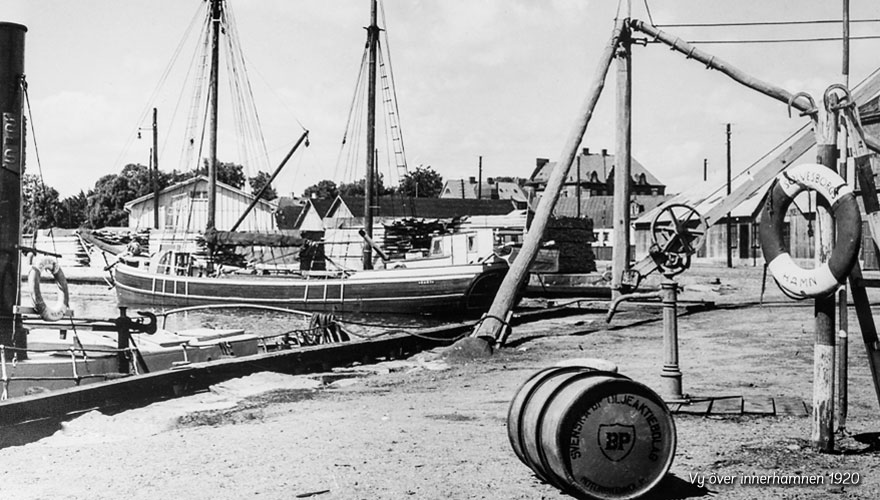 Port operations of significance can be traced back to the 17th century in Solvesborg, a time when the power of the Hanseatic League had been abolished. In 1670, the city lost its staple right and shipping had a dismal outlook. The 1700s was a lost century for shipping, and it was not until the 19th century that the export of vessels started. A harbour master was hired to run the port finances in 1839. In 1851, 185 vessels arrived at the port.

The first shipyard in Solvesborg was founded in 1801, and throughout the 19th century vessels were built in the city now and again. But it was not until towards the end of the century that construction took off. The shipyard’s heyday was in the 1950s, and it was closed in the early 1980s.

The first port regulations of Sölvesborg were passed in 1881 and the first port board meeting took place in 1905.

At the time of the end of the Second World War approximately 100,000 tons of goods were turned over in the port. This volume has since grown and currently, at the beginning of the 21st century, comprises approximately 1500,000 tons.

Port of Solvesborg (Sölvesborgs Stuveri & Hamn AB) was founded in 1990 and is currently responsible for all the port operations in Solvesborg.